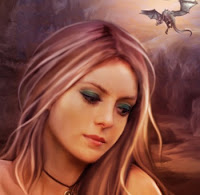 I've started working on Hemlock Book III.  So far it's been equal parts intimidating and reassuring.  On one hand, I know what to expect in terms of process.  I'll be reusing the process I used with Book II.  And this time I'm closer to the end of the story arc that I have planned for the series, so there is less uncertainty about plot and structure.

But Book III is probably going to be the final volume in the series... My magnum opus, if you will.  That aspiration carries some baggage with it.  And some of the things that will happen in this installment...  Well, I guess it won't surprise you that they will be epic (it IS Book III, after all).  But this book is going to be unconventional.  I'd even go so far as to say it's going to be experimental.  But I don't mean experimental in the sense that I'm unsure of the outcome.  I have the utmost confidence it will be the final part of the series that  I set out to write.  I use the word experimental to express the level of deviation it will represent from the structure of other fantasy books I've read.

As the snowboarders like to say: "Go big or go home."

I think this is the cool thing about being an Indie.  If I had a publishing deal and approached an editor with this concept, I have a feeling I'd be gently forced to do something safer.  It's nice to be able to get my unfiltered vision out there, and have an opportunity for it to reach readers directly.

Initial reviews of Book II have been very positive, and that feels great.  I'm having a harder time marketing this time around though.  My energy level for social networking and other marketing has been low, lately.  I remember slipping into the marketing role much more effectively after Book I was completed.  I'm not sure what is different this time around, but since I seem to be more energized to write than to market, I'm going to "go with the flow".  Maybe I'll need a break from writing at some point, and the marketing hat will re-materialize on my head.  For now, it's full-on "imagineering".

One final note: I recently posted a free short story called "The Gene Priest" here on the site.  Check it out if you haven't noticed it.  It's linked from the menu bar.
Posted by B Throwsnaill at 10:40 AM