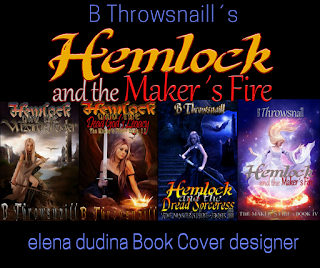 Posted by B Throwsnaill at 10:52 AM No comments:

The Battle of the Final Edit II

Hello, intrepid reader!  I write this post in a haze of disappointment because my plans to continue my work on the fourth Hemlock book have been thwarted at every turn.  It seems that circumstances are conspiring to deny me the combination of uninterrupted time, mental alacrity and motivation that I need to continue my work .  The potentially good news is I think this upcoming weekend may finally present such an opportunity.  But I don't want to over promise given my recent, poor track record.

It's really a shame to have the story basically completed but stalled in "post production".  For various reasons, using a 3rd party to do the final edit is not an option I want to use this time around.  My latest thought is to edit chapter by chapter and then post each successive chapter on this website as they get completed.  If you would like me to take that approach then leave me a message in the comments.

As I've said in prior posts, I'm really pleased with Hemlock Book Four and I've gotten good feedback from beta readers.  I am very anxious to share the final installment with you!
Posted by B Throwsnaill at 12:29 PM No comments:

The Battle of the Final Edit

I have had some delays in preparing the draft of Hemlock IV for the editor.  Now, for various reasons, I've decided to attempt to edit the manuscript myself.  I am under no illusions that I am a great editor.  On the other hand, I've never really attempted the process, either.  I am going to do some research on how to best approach it.  As with other things I've successfully integrated into my life, I'm going to have to figure out a way to make this editing process a part of my day to day routine.

I am also going to take some time off from my primary occupation to devote to this edit.  I will try to get it done as quickly as I can within the constraints of whatever the necessary process ends up being.

I apologize for any delays this may introduce.  Believe me, I am very anxious to complete this project and get this book released!
Posted by B Throwsnaill at 6:36 PM No comments:

Hemlock and the Maker's Fire: Cover and Status 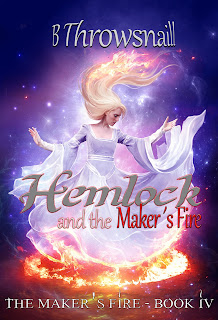 Here is the cover art for the forthcoming Hemlock and the Maker's Fire (The Maker's Fire - Book Four).  It was created by the wonderfully talented artist Elena Dudina .  She has done the prior three covers in the series, and I think she really outdid herself on this one!

I recently got some very comprehensive feedback on the manuscript from my beta reader, and now I have some rework to do before it's ready for the editor.  I will try to make this work go as quickly as possible.

I'm also wrestling with the ending a bit.  I love the current ending I've written, but there's one aspect of it that I now worry is inconsistent with one of the core themes of the series.  I need to figure out a way to fine tune the ending.  I'm hoping it won't need a total rework and that a refinement will suffice.

Thanks for reading, and hopefully I will be able to report some good progress in my next blog post!
Posted by B Throwsnaill at 5:03 PM No comments:

Hi!  This is a very, very quick update on the status of Hemlock and the Maker's Fire - Book Four in the series.  The book is nearly through the beta reading phase and close to being sent out for the final edit.  I also have the final cover art, which I will post very soon!  Stay tuned, and thanks for reading!
Posted by B Throwsnaill at 8:04 PM No comments: 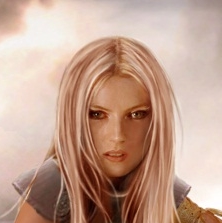 Now it's on to editing and cover imagery and all the other fun stuff that comes with publishing.  Stay tuned and thanks for reading!
Posted by B Throwsnaill at 8:36 PM 2 comments: